← more from
Agogo Records
Get fresh music recommendations delivered to your inbox every Friday.
We've updated our Terms of Use. You can review the changes here. 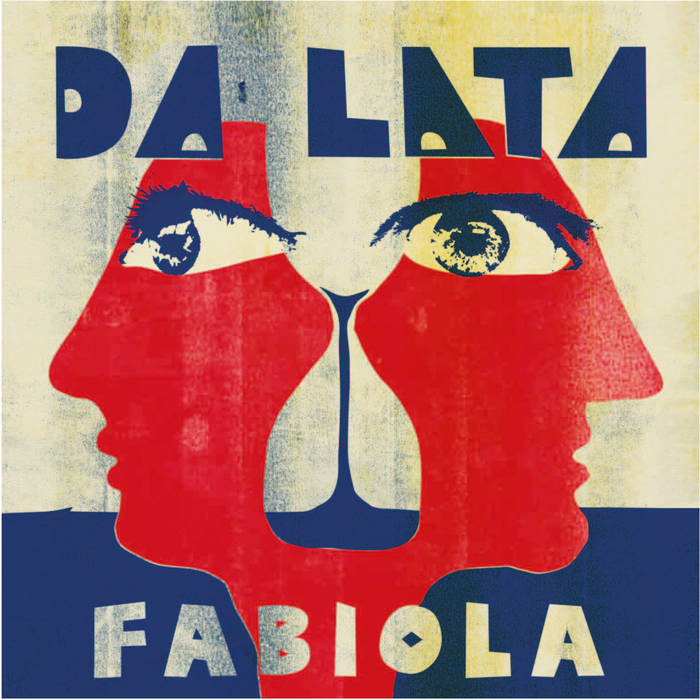 EasyBeats not anything I have heard before Favorite track: N.Y.J. feat. Diabel Cissokho.

Dr. Beaf I've been a great fan of Da Lata since the late nighties. Their Spanish\Brazilian influences merged into a modern electronic environment is refreshing and welcoming. The bossa influenced tracks are tops. Another great album. PS : Jandira makes me happy inside - like a South American Madeleine Peyroux. Yum Favorite track: Deixa feat. Jandira Silva.

Ethan Diamond I would like to shake the hand of whoever thought to do that at 3:01. Favorite track: Um Amor A Mais feat. Luisa Maita.

The big question is, can their album be defined as solely 'world music?' Ultimately, it's the melting pot of London that really lies at the heart of 'Fabiola', a city where cultures and tastes continually collide. 'Fabiola' is not bound by any set of rules, for all its authenticity in the musicianship and grooves, the tunes themselves seek out new territory beyond glib categorisation. Characterised by Da Lata's new “organic edge” and dispensing with programming and electronic production gimmicks, 'Fabiola's’ emphasis is definitely on the “real” in every sense. Written exclusively by Chris Franck and the various collaborators; Franck, Forge and studio wizard Toni Econimides are the team that have crafted ‘Fabiola’ into Da Lata’s most mature and accomplished album yet. Melding elements of Brazilian and African styles with everything from folk, rock and psychedelia to spoken word, soul and dub, ‘Fabiola’ tears down the divide between ‘world music’ and just about every other genre.


Over the course of their 20 year careers they have worked alongside, remixed or collaborated with the likes of Femi Kuti, Sly and Robbie, Ernest Ranglin, Baaba Maal, and Bebel Gilberto. They’ve played some of the biggest stages around the world including Roskillde, Coachella, Glastonbury, North Sea Jazz, Womad and Central Park Summer Stage. Additionally during the 2012 Olympics, while the album was still in progress, Da Lata came together with a new line-up to perform at Gilles Peterson’s and Patrick’s Another Sunday Afternoon At Dingwalls and the Casa Brasil sessions at Somerset House to high praise.

CD and LP has been designed by Lewis Heriz, one of London's brightest young illustrators whose iconic work with label Soundway Records is highly regarded

Laurent Garnier “I absolutely love the album especially the way you move so well between countries and influences (Afro beat, Brasil, Latin) Each track is a new trip , It's a pure pleasure”

Renegades Of Jazz „One of the best albums this year, wonderful sounding and awesome crafted gem.“

KCSF Radio „excellent production and collaborations, this album is going to be a masterpiece in the brazilian grooves“

Simbad „Dfntly some gems in that album ! nice 1“

Dr. Bob Jones „Love this maxi from Da Lata - BIG TIME! Great production on all cuts ,so much quality music from start to finish...Glorious!“

DJ Maestro „Have been waiting for this a long time! Great album!“

Ohmega Watts „I love the feel and various approaches on the record, great cohesion and variety. Um Amor A Mas is one of my fav's!“

Shantisan (One Note Samba/ 98,3 Superfly) "It's wonderful to have Da Lata back on a long player! After an absence of 10 years "Fabiola" brings back what fans have always loved in Da Lata's music!
Tracks like Cambara 41, Deixa, Uma Amor A Mais or N.Y.J. which very much reminds of Da Lata's hit "Serious" are timeless winners.
Full support from Vienna."

Frayle's Gwyn Strang and Sean Bilovecky join the show to talk about their cathartic new album.